THE THRILL OF THE CHASE

The objective of this afternoon's workshop was to illustrate how Go West volunteers use timelines to collect and sort information. This blog is in three parts.

The illustration below shows how one thing can lead to another when chasing information.

This illustrates the use of a coloumed timeline to collect and sort information.  The March Workshop will take the use of the timeline a step further.

This sections illistrates some thoughts on timelines.

Chasing the story of Drakes Broughton

Heritage detectives questing on the Pershore Big Heritage Quest are searching to see if there is anything in their parish that a time traveller from the 13th century might recognise. At first glance it looks rather unlikely in Drakes Broughton.

Closer inspection reveals a church, a pub and a school, key elements of any village. What can these buildings tell us about the age of this place? 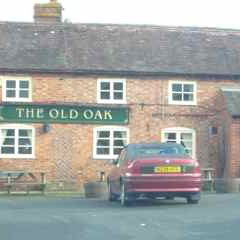 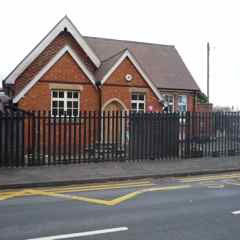 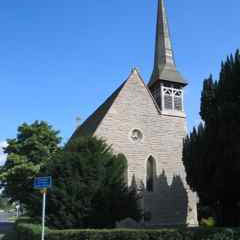 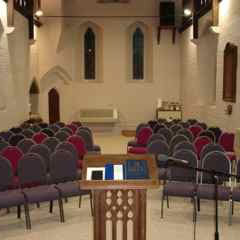 Most quests recommend that detectives start their investigations with the church, so we did that.  The inside was not what quite what we expected but as we looked around we found a window with an interesting inscription.

We read that this window was a memerial to the Reverend Williamson who was Vicar of Pershore and THE FOUNDER of this church! He died in 1867. So the church was Victorian, but why did the vicar of Pershore found a church in Drakes Broughton?  What was the connection?  We looked around a bit more and discovered ..... 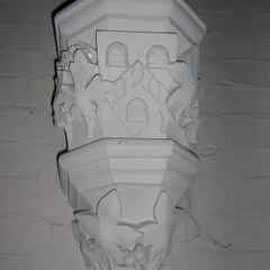 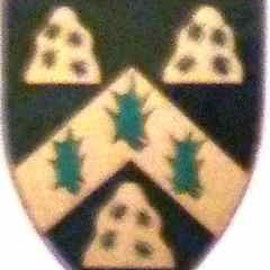 The carving on the capital in the church matched the heraldic shield on the entrance gate to Pershore Abbey!  Why?

This was a question any self respecting heritage detective would want answered so we asked around and yes, this church and its parish were once part of the enormous Parish of Holy Cross, Pershore.  There was a reorganisation of parishes locally in 1922, so after a thousand years part a Holy Cross parish was hived off and joined to Stoulton, itself historically a part of Kempsey parish!

All of a sudden doors started to open! There had seemed to be so little information about Drakes Broughton but now we knew where to start to look for it - in the documents of the ecclesiastical parish!

We went to The Hive in Worcester. We found documents that related to the building of the church!  Lord Coventry had owned, and sold, the land for the church. Drakes Broughton was part of the Croome Estate. In future the Coventry archive will be a rich source of information for somebody.

Allesborough is the name of a hill and the farm on it. Today planning permission has been granted to build houses around here. It all looks a bit derelict but at certain times of the year great agricultural machines still roll out from the farm buildings and work the surrounding countryside.

What is this place? What is its story?

We spoke to a retired farmer, John, his family were the tenants of Allesborough farm in the 20th century and when the estate was up for sale in the 1980s John had bought the farm. He spoke to us about Allesborough Farm House, his home for much of his life. It was very old and he was convinced that some of the old timber work had come from Pershore Abbey.  As it was a Grade 2 listed building we were able to find out more.  We went to http://www.britishlistedbuildings.co.uk/en-474309-allesborough-farmhouse-pershore-worceste and sure enough the building was thought to date from the 15th century with 16th to 18th century alterations. There was an historical note, it said that in a survey of the estate made 1622 there is a reference to it being a successor to the abbots demesne farm and part of the abbey estates.

A coincidence and a link!

In Hilary Mantel's books 'Wolf Hall' and "Bring Up the Bodies" the secretary to Thomas Cromwell is called Ralph Sadleir.  This is the Ralph who was the forebear of the Sir Thomas Sadleir who sold the Manor of Allesborough to  the Coventry's in 1622! After the Dissolution of Pershore monastery Ralph Sadleir requested details of Allesborough and bought it from the then owners Ralph and Frances Sheldon.  Ralph Sadleir kept his head and was active in Court circles through the reigns of Henry VIII, Edward VI and Elizabeth 1, he amassed great wealth, was knighted and made Standon in Hertfordshire his family seat. He may, or may not, have lived in Allesborough Grange but he is part of the story of Drakes Broughton!

The Abbey of St Mary and St Eadburga, Pershore.

It felt really good to be able to make links directly back to Pershore Abbey, but that wasn't the end of the journey.

The people who lived in the Parish of Holy Cross before the Reformation worshipped at the Altar of the Holy Cross in the nave of the Abbey Church on Sundays and Feast Days and for the rest of the week they worked on the Abbey lands. For administrative purposes the land was divided into manors. The people, free and unfree, imbibed the customs of their manor and were subject to the manor courts.  Medieval abbots were powerful men and theirs was an expensive lifestyle.  By the end of the twelfth century the Pope had insisted that the monks, as well as the abbots, we provided for appropriately and in Pershore from the 13th century the documents tell us that the Manor of Allesborough was the Abbot's demesne.

The Victoria County History of Worcestershire is a great place to start to look for information and it is possible to access it online through British History Online. In this book there is some information about religious life in Holy Cross in the medieval period but the  fires that twice burned the abbey and the town in the 13th century destroyed many of the early records of the Abbey. Interestingly there are records of chapels of ease dotted around the parish at different times; there was a chapel at Thorndon in the 14th century and in Wadborough in the 13th.  A chapel dedicated to St. Giles was recorded in Allesborough but there is little to show for it today.  In 2013 a local resident took these ariel photographs.  Study them, what signs of habitation can you see?

Drakes Broughton remains a bit of a mystery?

There are occasional references to Broughton, Caddicroft, Caldewell, Chevington, Thorndon and Walcot over the years but nothing that would reveal anything like a full story.  A list of 13th century tax payers mentions a 'le Drake' as living in the Broughton tything but that is the only specific record we have been able to find so far. The Enclosure Records of 1802 indicate that Broughton was also known as Drakes Broughton - perhaps ‘le Drake’ held a land from the Abbey in those early days like Caldewell and Chevington. There is still much to do to tease out the structure of the story of Drakes Broughton and to put flesh on its bones. If you have anything to add please share it, we would live to hear from you. Take a look at the timeline and let us know what you would like us to add to it.